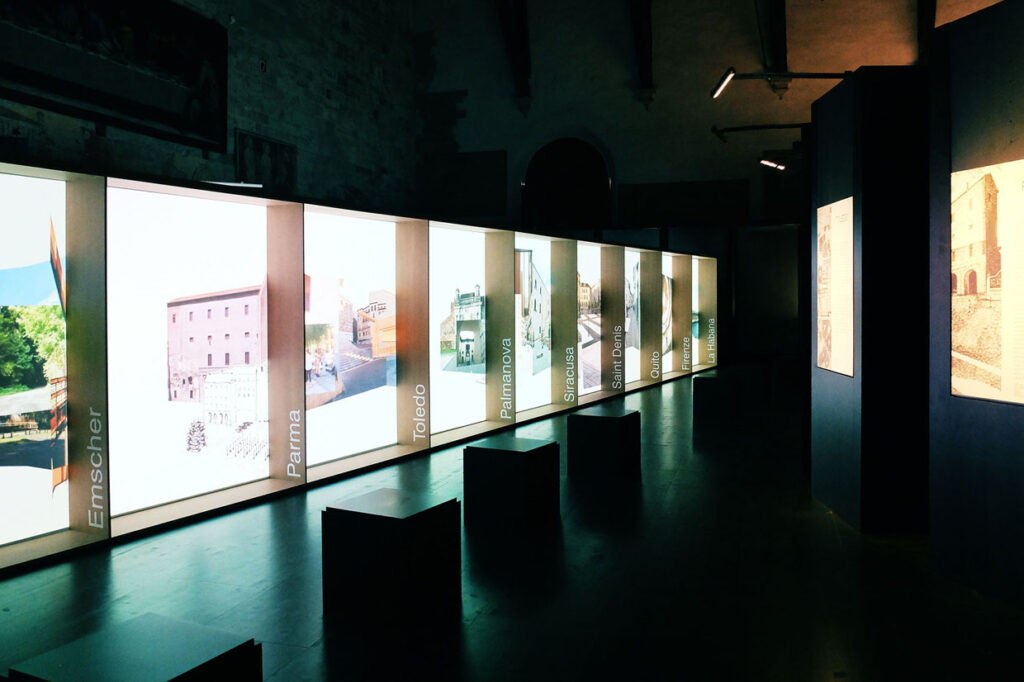 The exhibition “Living the City” is hosted in the heart of the city of Bergamo, in the historic building Palazzo della Ragione, the oldest town hall in Italy, built at the end of the twelfth century on Piazza Vecchia. The building’s main hall, Sala delle Capriate, is an ancient assembly hall where the city’s jurors gathered to make laws.  The project’s setup, conceived by architect Mario Botta, adds new geometries to the room, modifying the way spaces are used. The arrangement, preserved for the “Living the City” exhibition comprises of a system of wood and iron totems, placed in a circle in the centre to create a room within a room.   The panel showing the Video fresco brings ten different videos of as many cities. The videos depict the life in different urban contexts, which merge at times to create a single image. 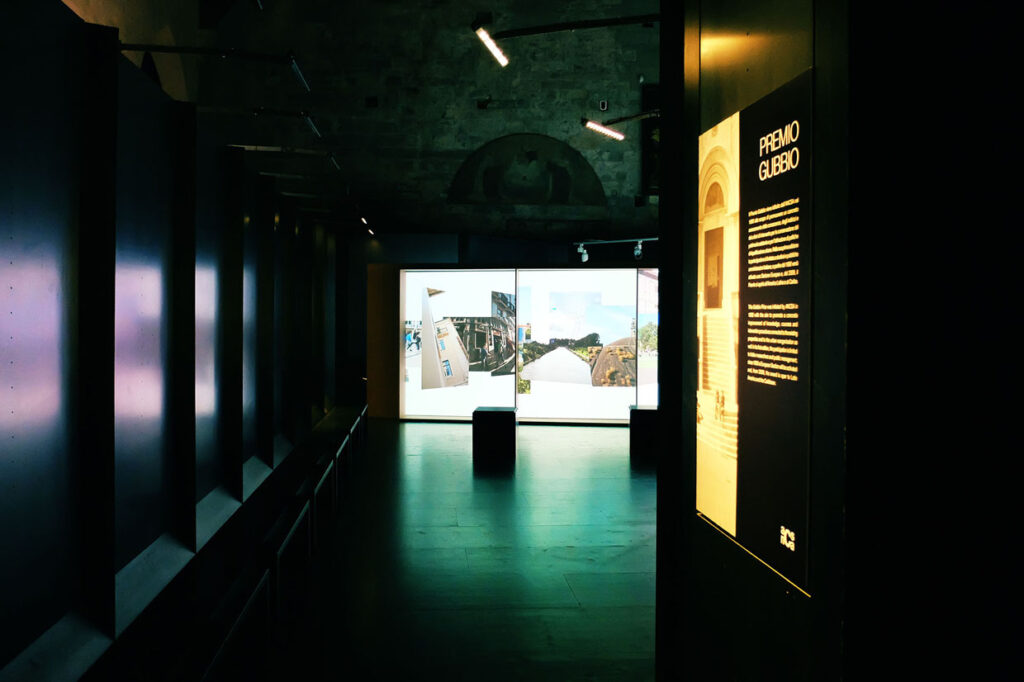 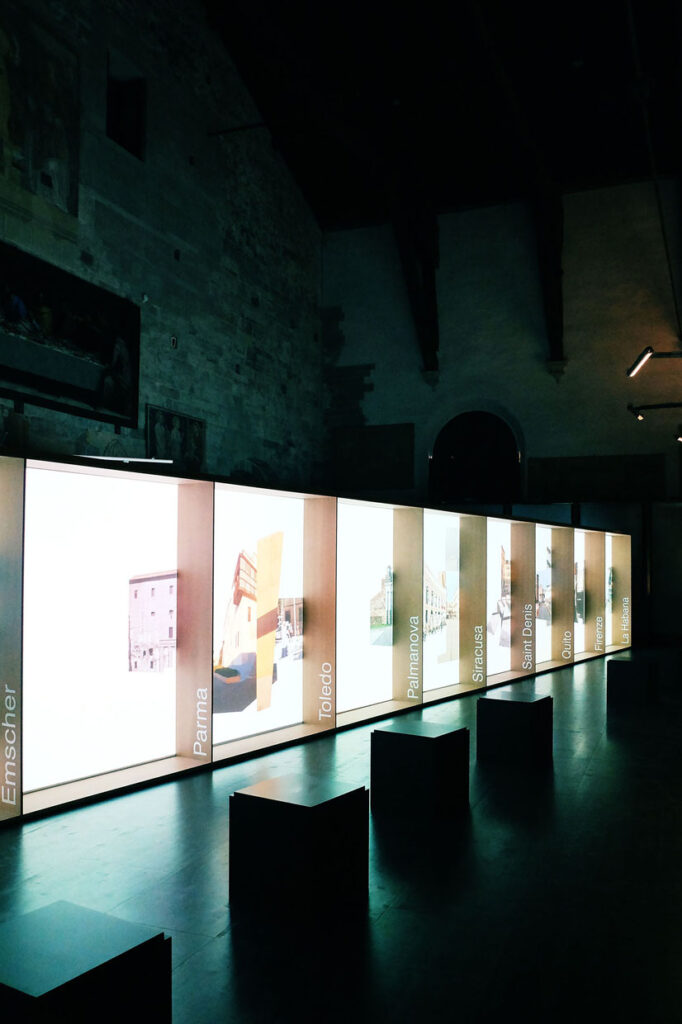 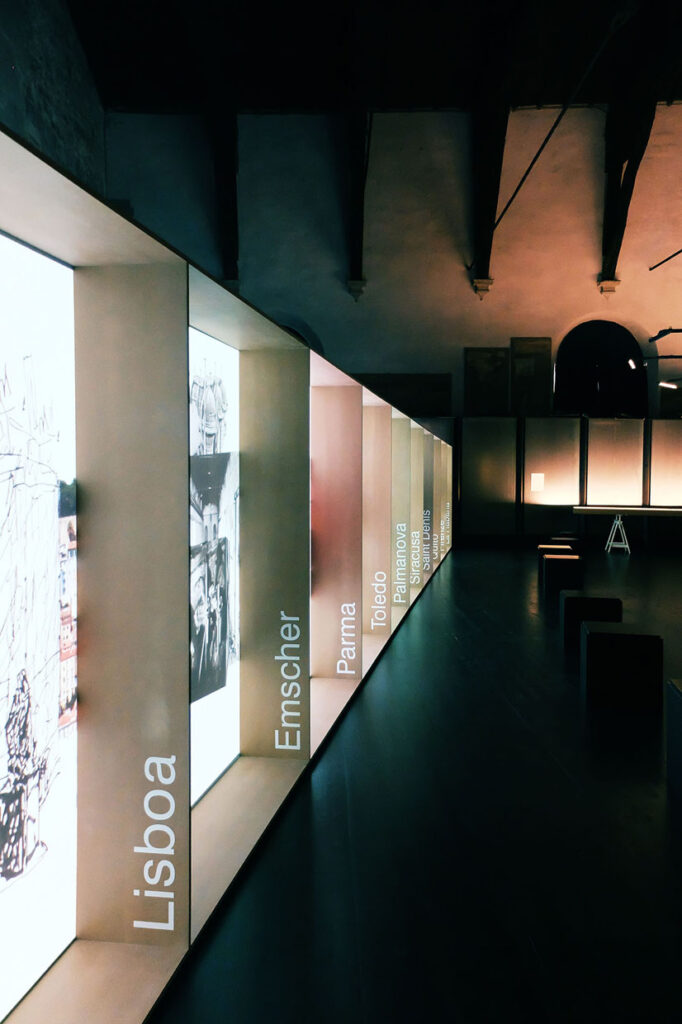 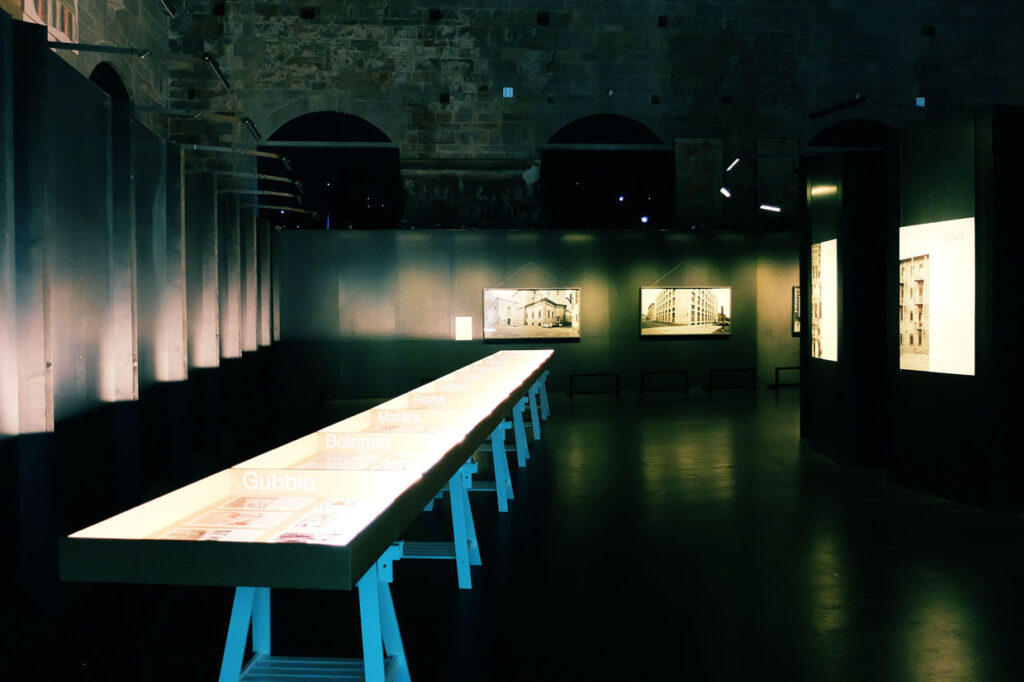 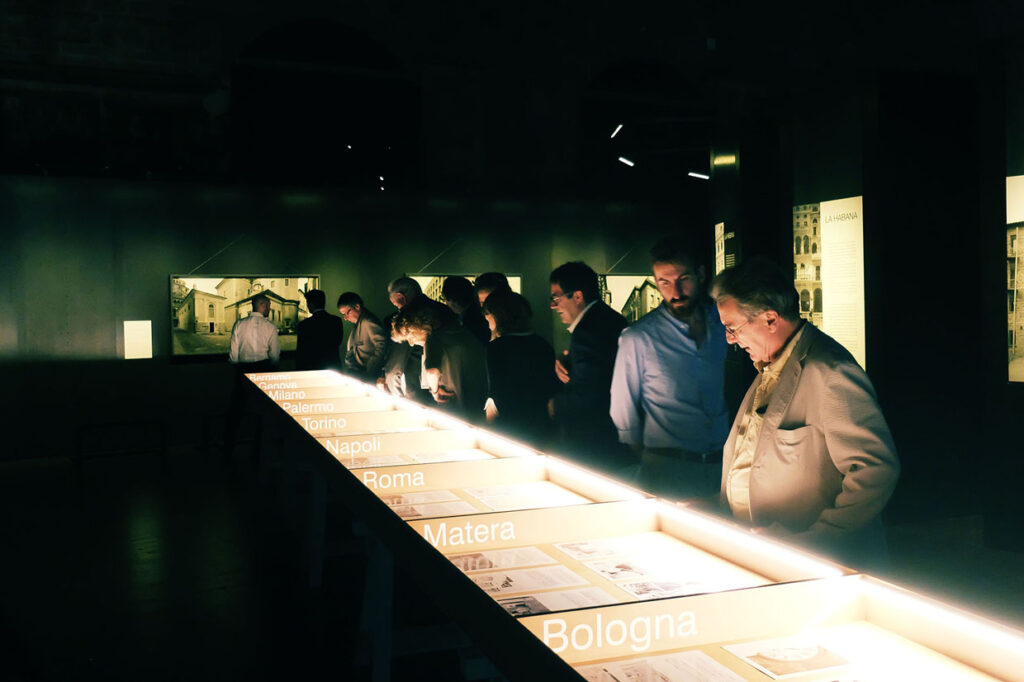 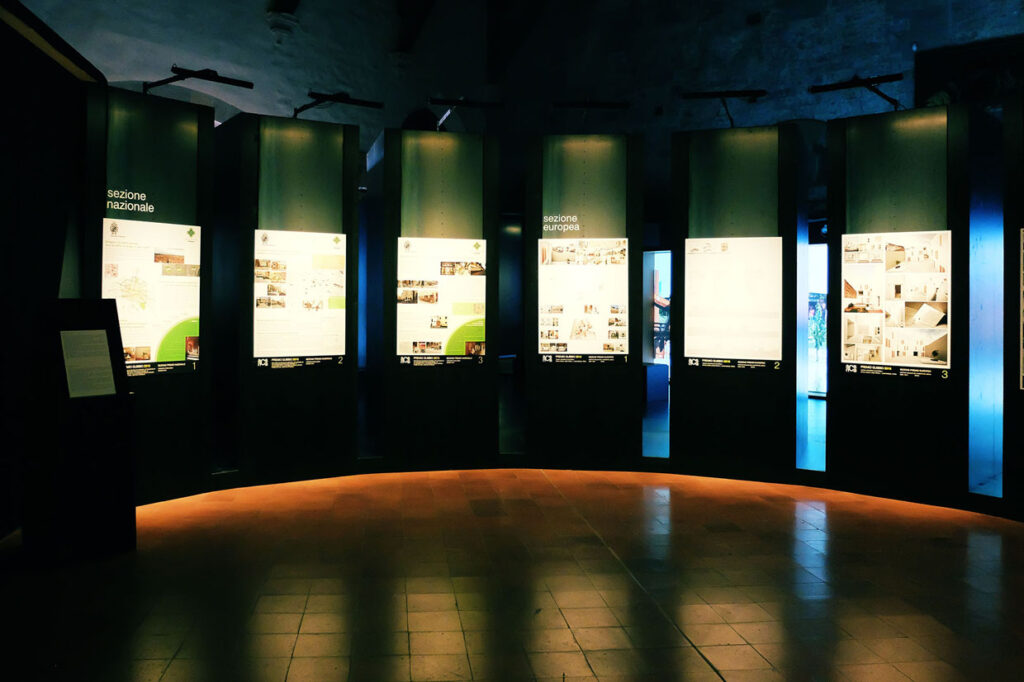 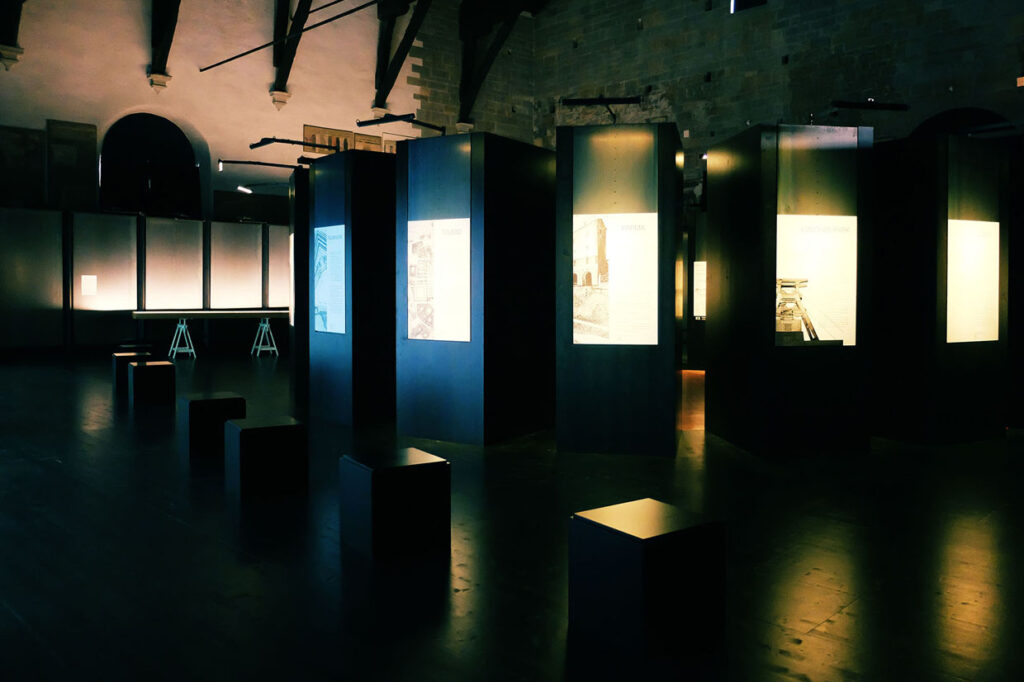 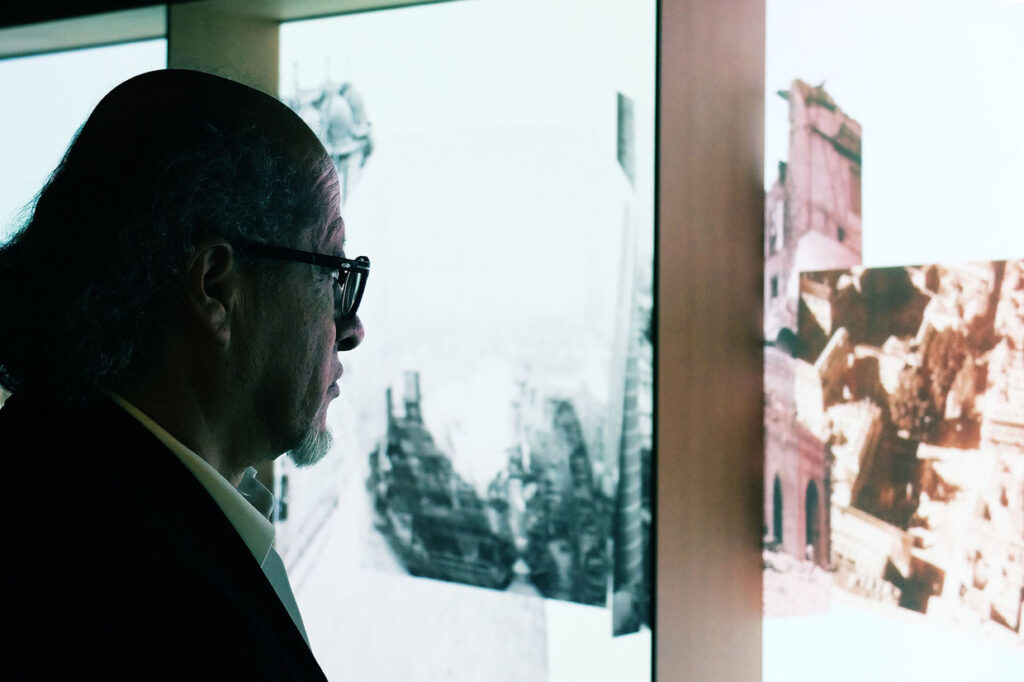 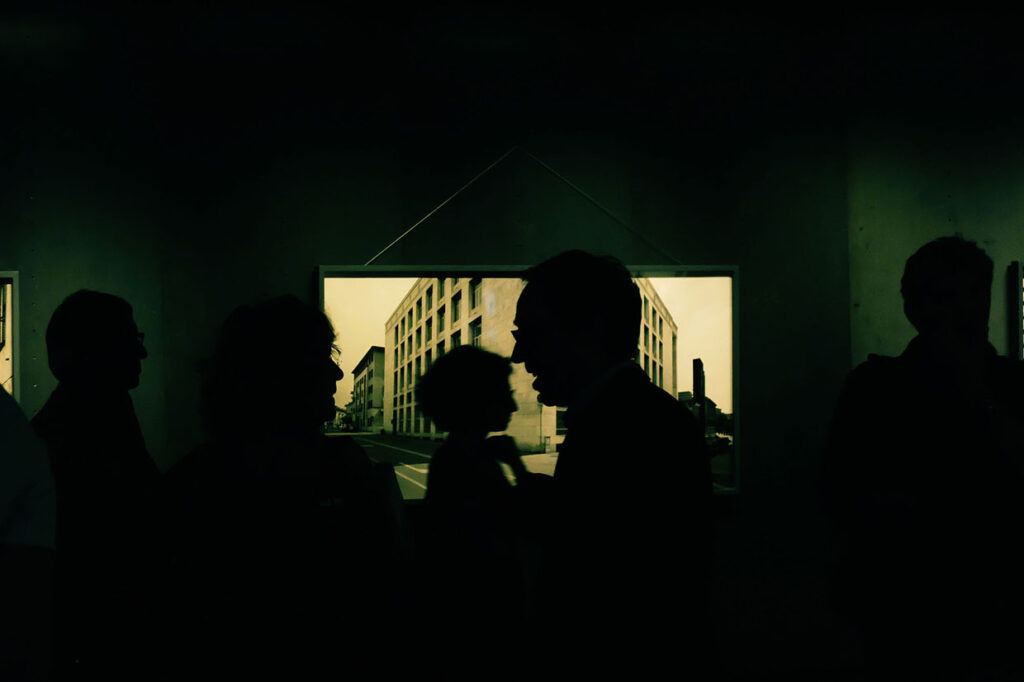 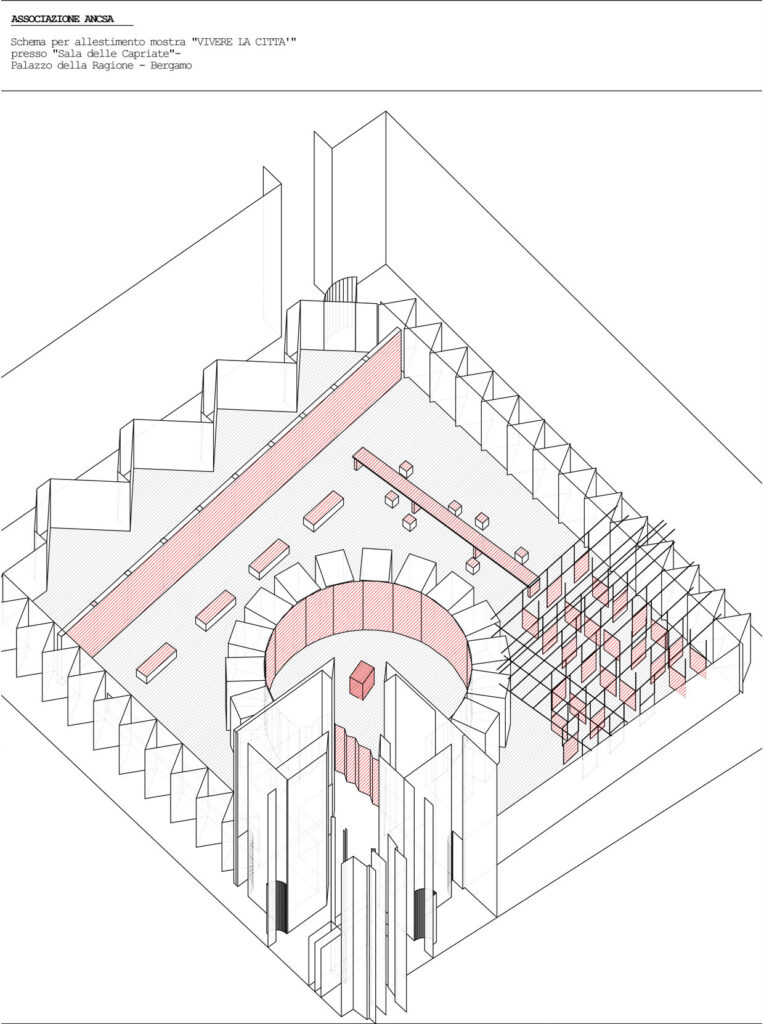 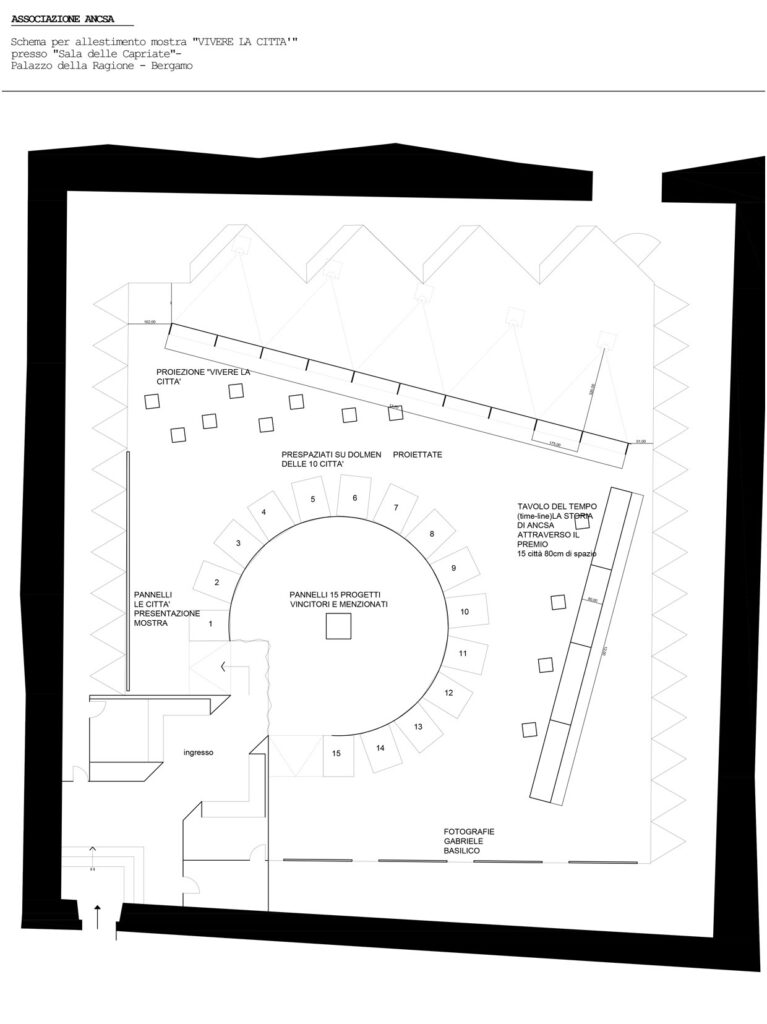 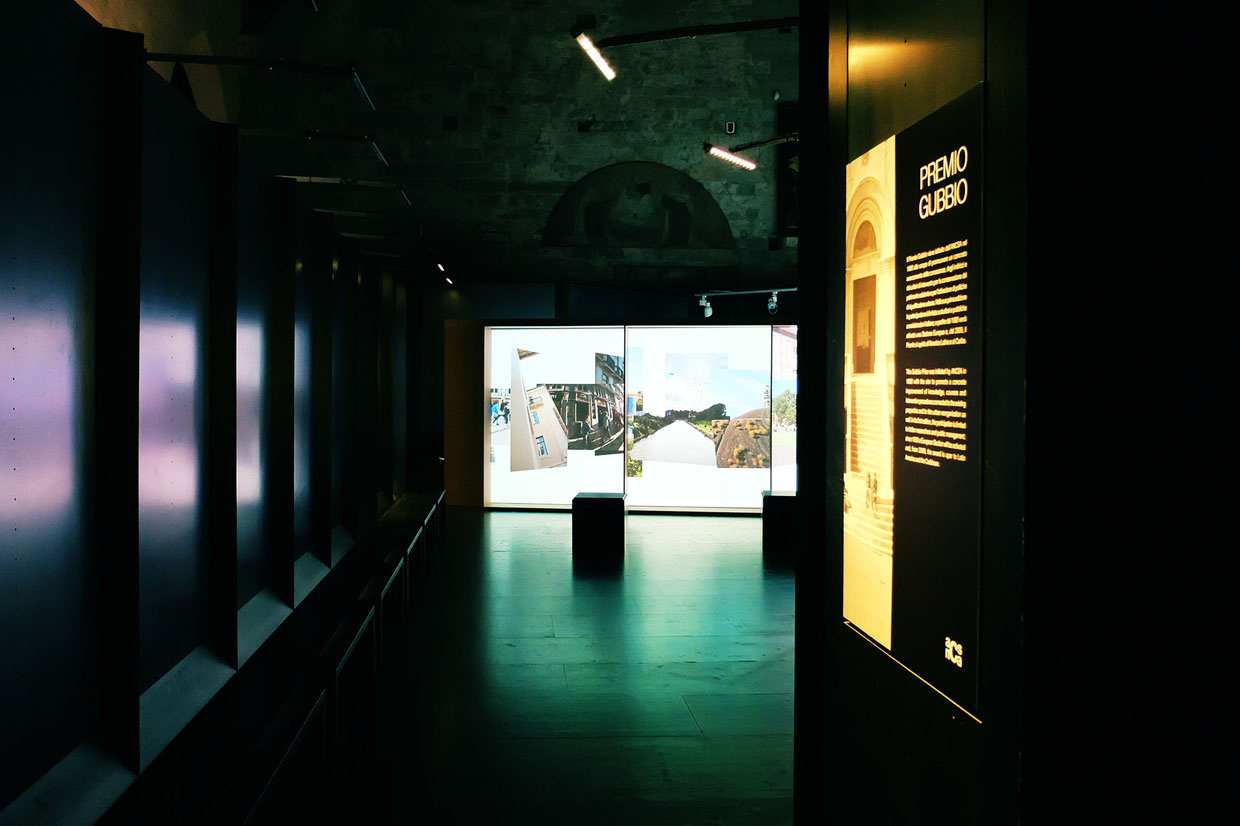 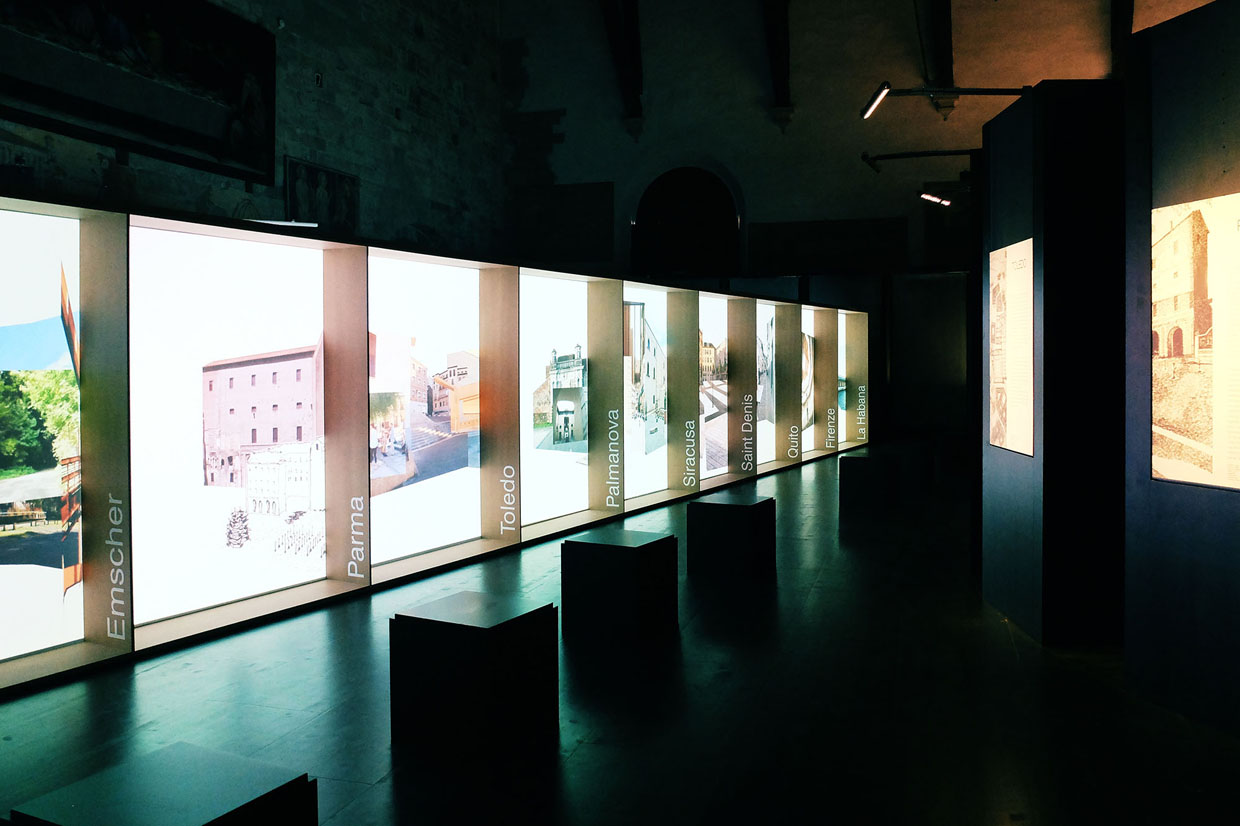 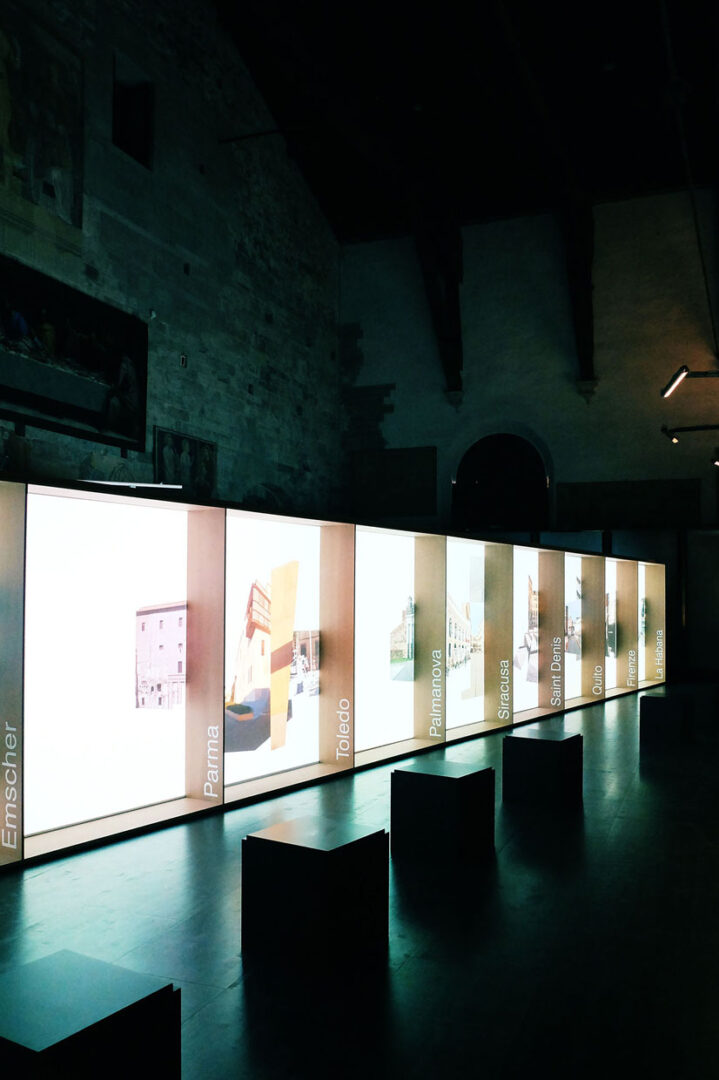 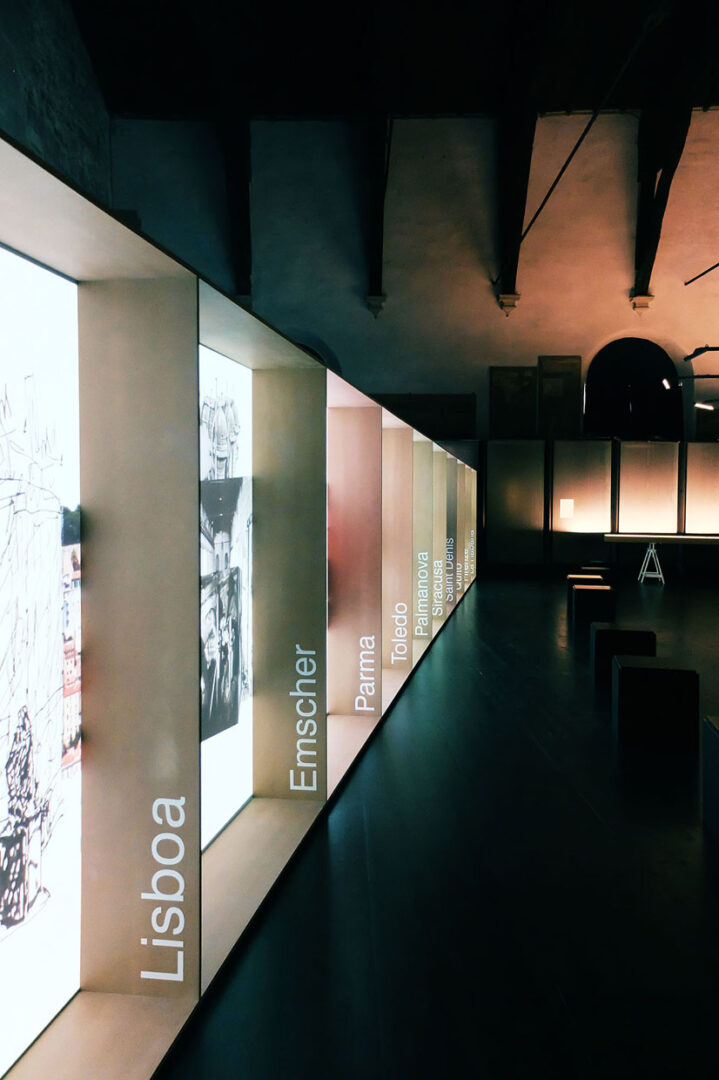 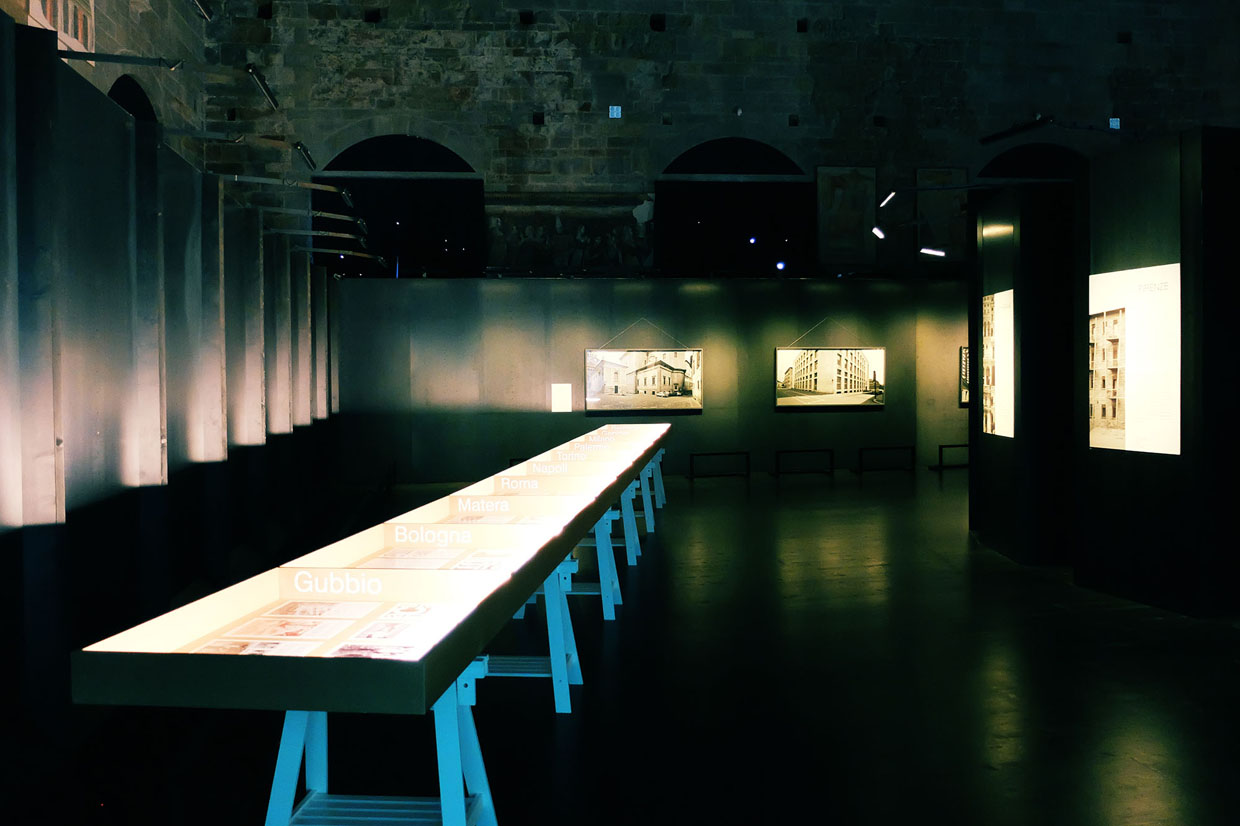 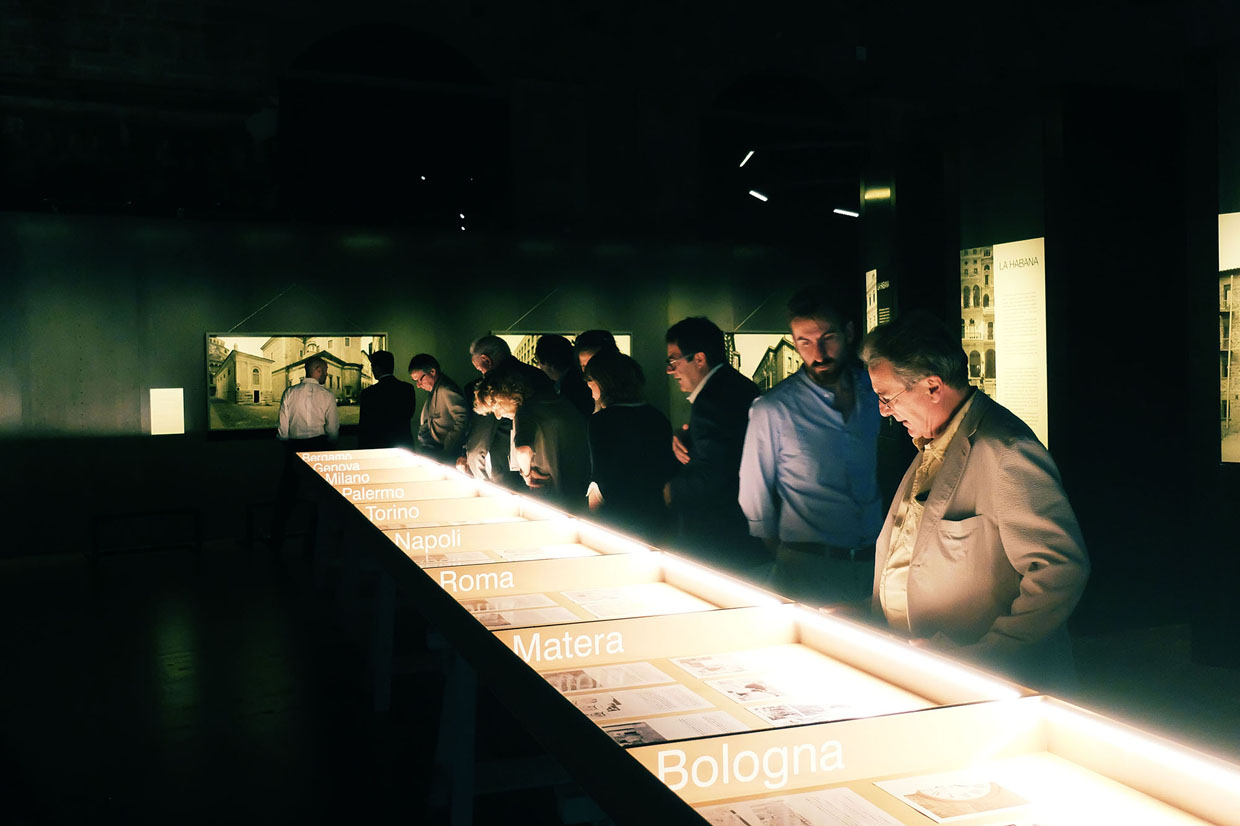 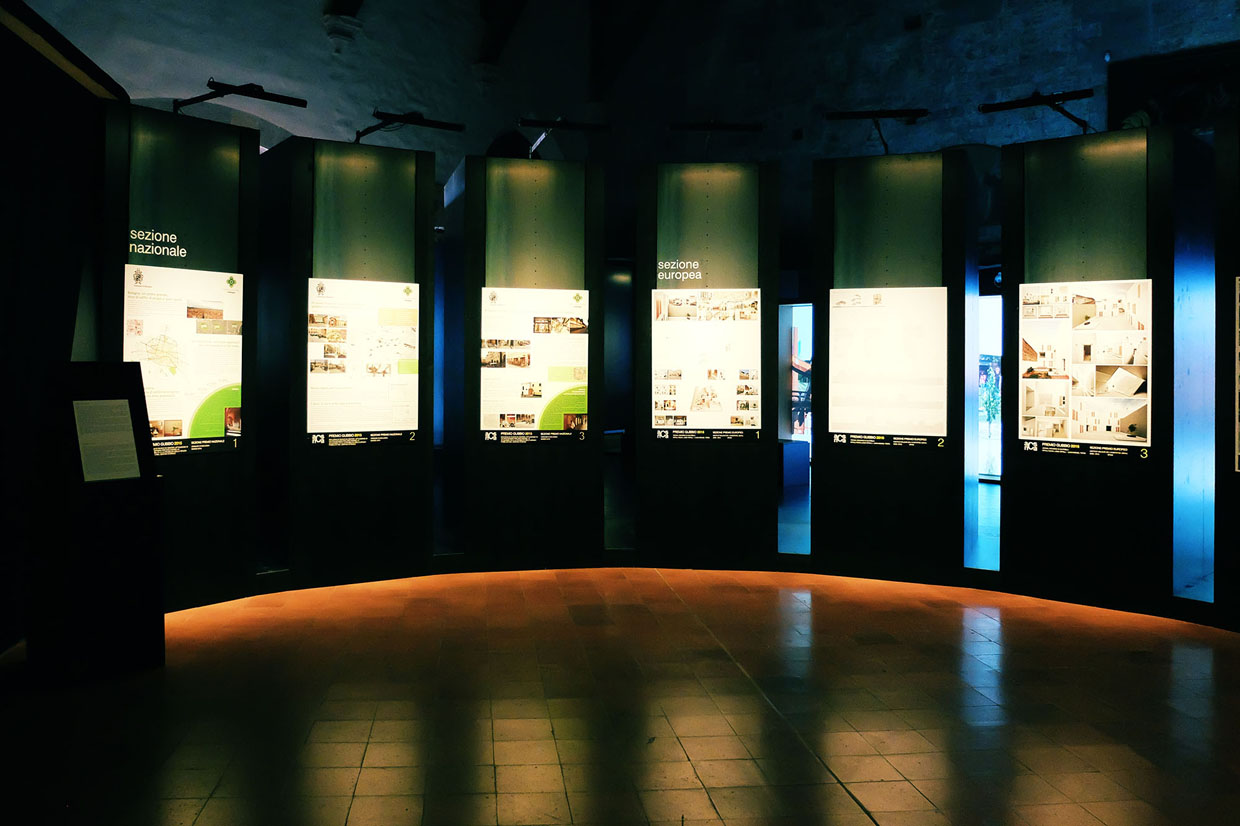 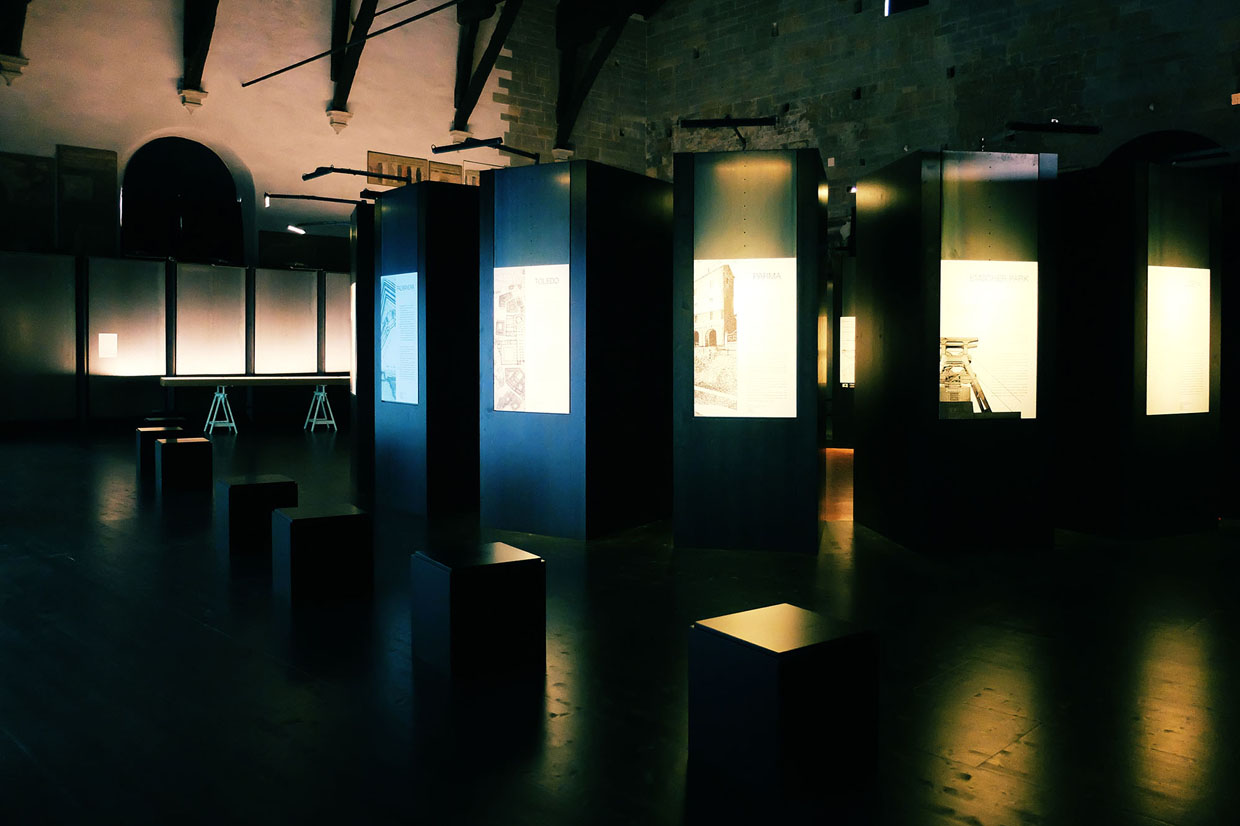 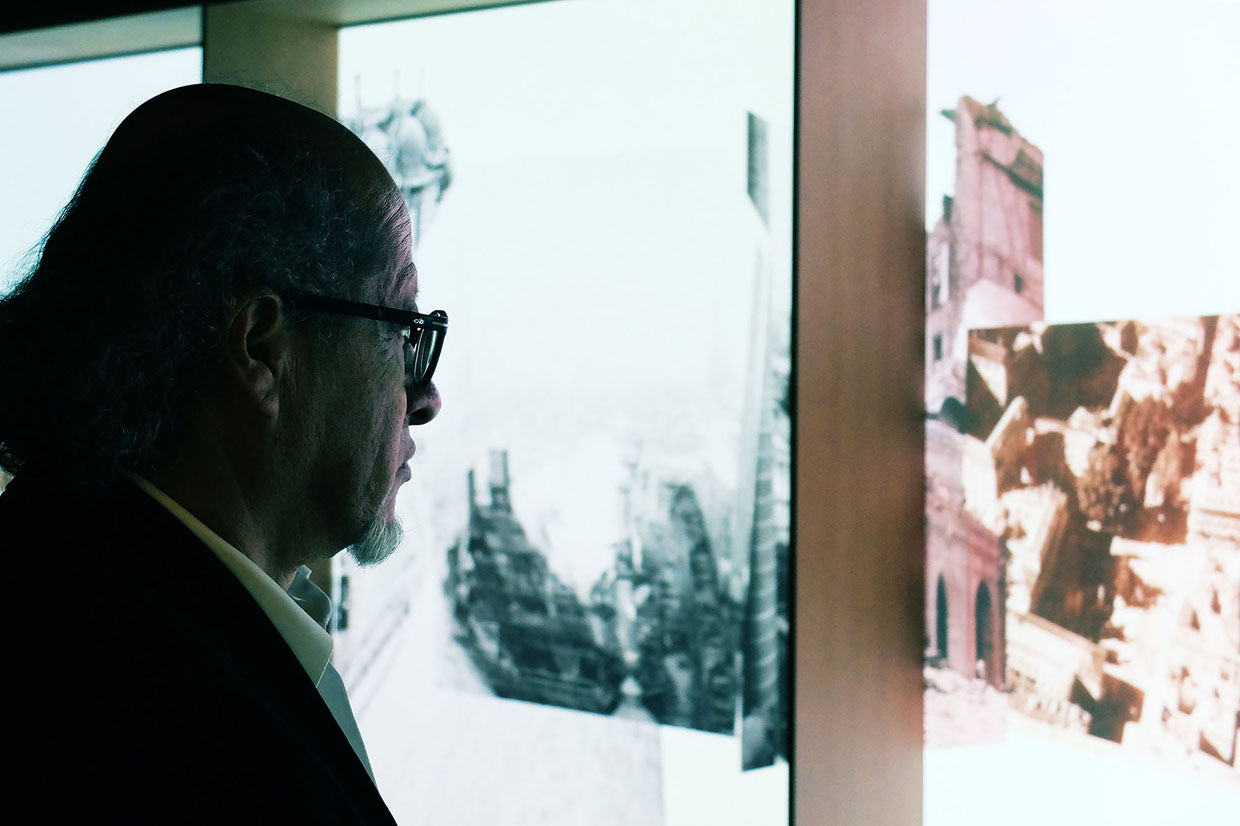 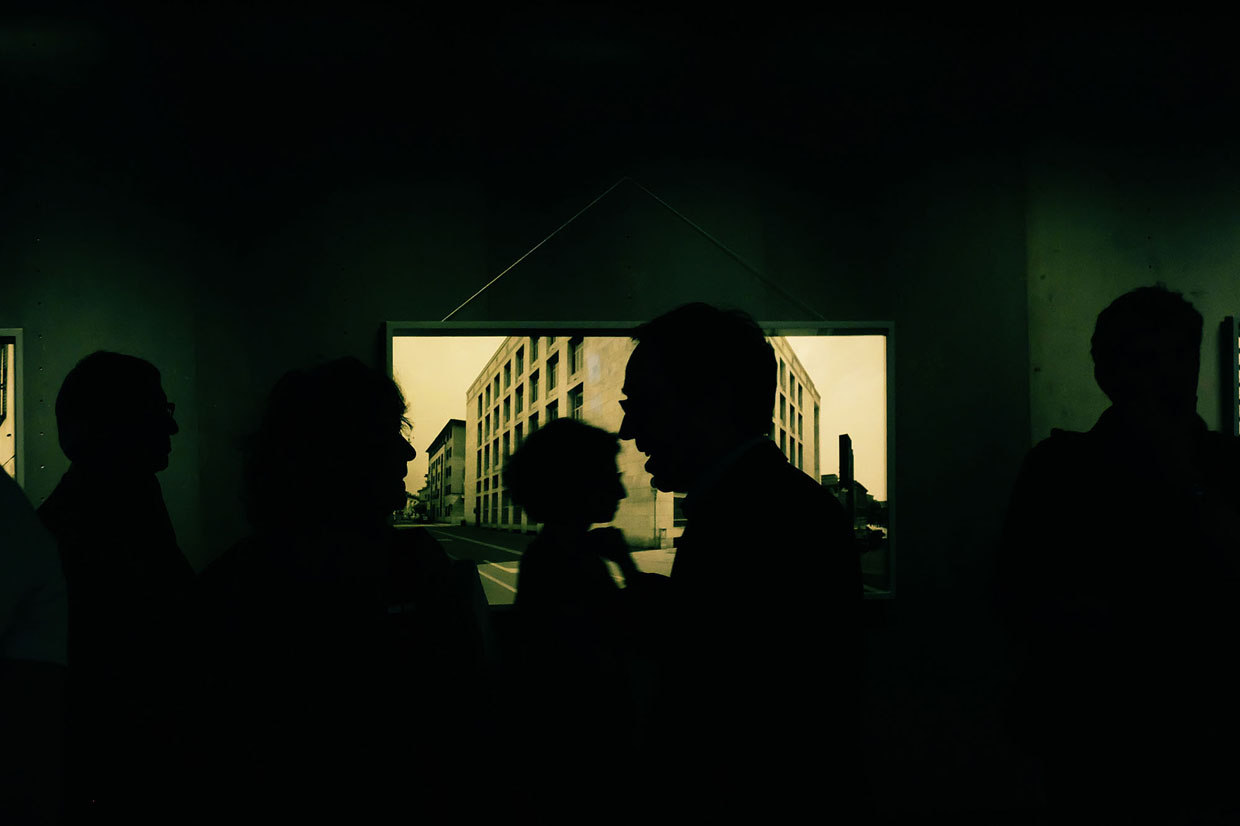 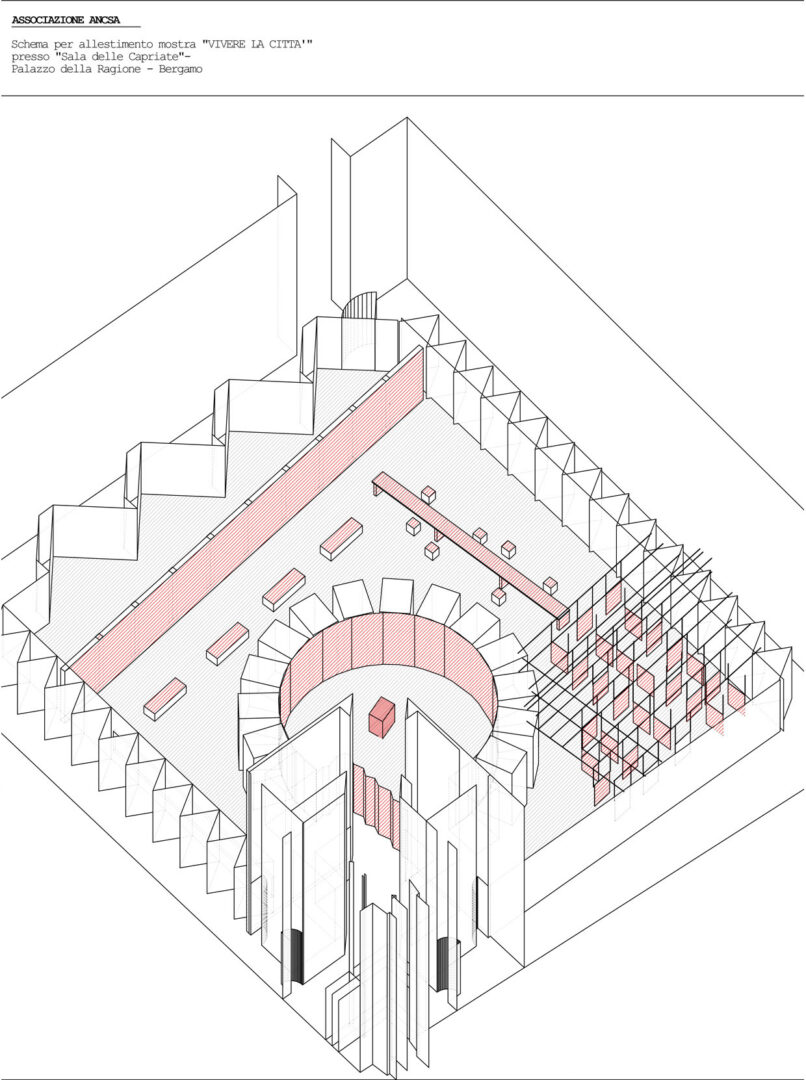 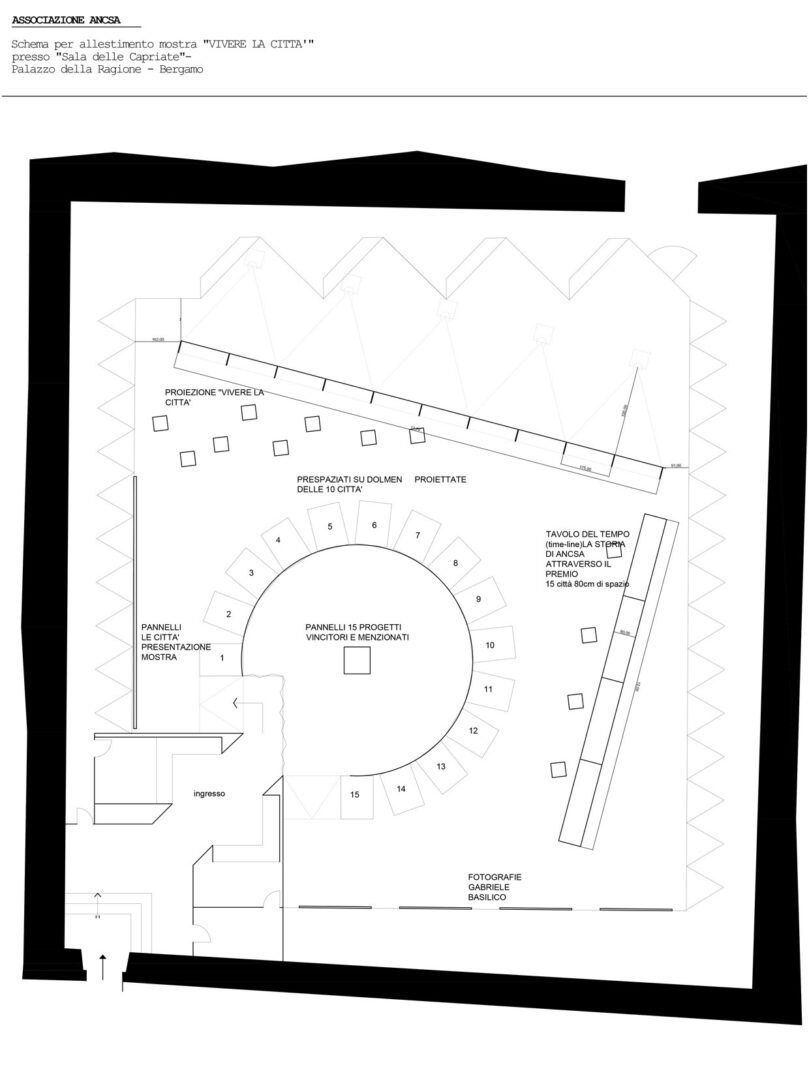